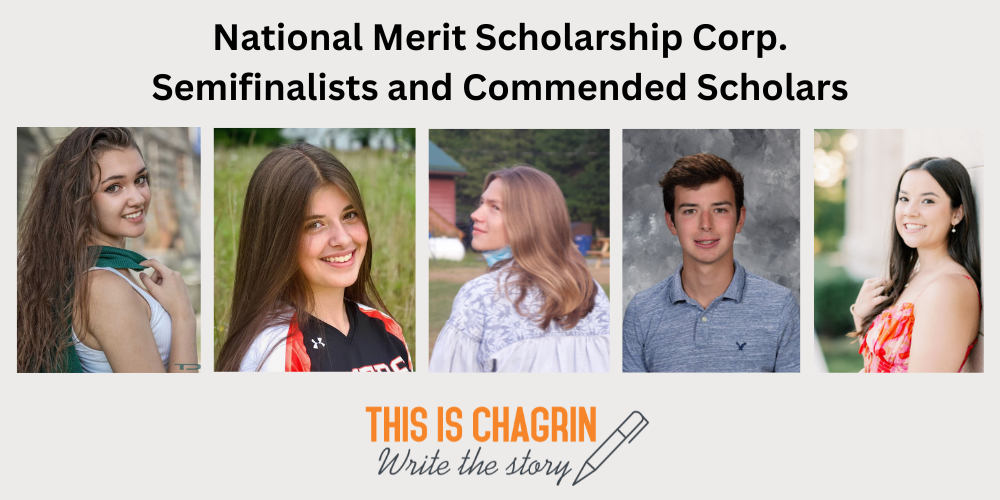 Chagrin Falls Schools is pleased to announce that two students have been named National Merit Semifinalists by the National Merit Scholarship Corporation.  The students are Michaela Plante and Rose Zabik.

The 2021 PSAT/NMSQT served as an initial screen of entrants to the 2023 National Merit Scholarship Program. The Selection Index scores of students who met program participation requirements were used to designate a pool of more than 16,000 Semifinalists on a state allocation basis, representing less than 1% of U.S. high school seniors, who will compete for a share of 7,250 scholarships worth nearly $28 million.

Semifinalists are the highest scorers in each of the 50 states and represent less than one percent of each state’s high school seniors. Although Semifinalist qualifying scores vary from one state to another, the scores of all Semifinalists are extremely high.

In late September, more than two-thirds (about 34,000) of the approximately 50,000 high scorers on the PSAT/NMSQT receive Letters of Commendation in recognition of their outstanding academic promise. Commended Students are named based on a nationally applied Selection Index score that may vary from year to year and is typically below the level required for participants to be named Semifinalists in their respective states. Although Commended Students do not continue in the competition for National Merit Scholarships, some of these students do become candidates for Special Scholarships sponsored by corporations and businesses.