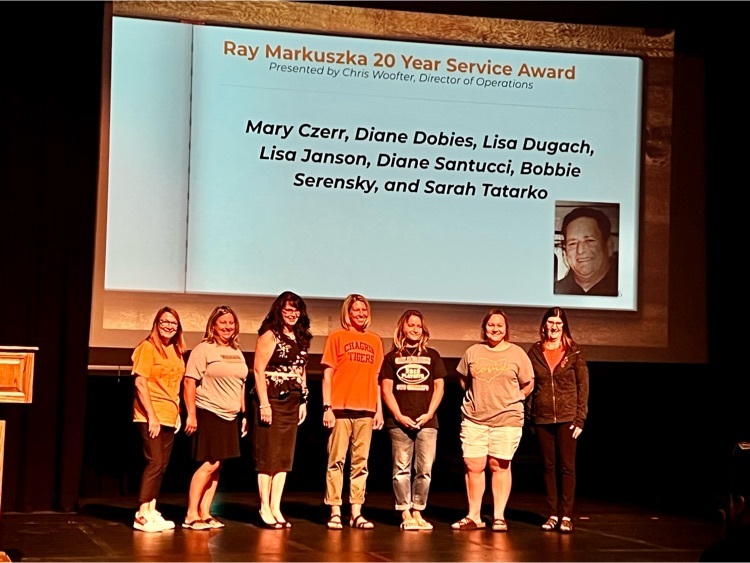 Ray was a dedicated custodian on the 7-12 campus.  He is best known as a loyal and hard-working man that put his heart into his daily job.  In June 2000, Ray retired after 20 years of service to the District.  Then shortly after his retirement, Ray suffered a heart attack that regretfully took his life.  “It is in Ray’s name that we show our appreciation to our staff members with 20 years of service,” said Woofter.

Those being honored received a gift from PTO, had their picture displayed on the digital display near the central office, and were invited to a special luncheon with the superintendent.